China is one of the largest countries in the world, with a very long history.

China is west of Japan, south of Russia and north of India. Since the Chinese Civil War, today's China is from two different republics.

The Republic of China is the continuation of the republic for the Chinese Civil War. A large part of the Chinese mainland was covered, but now only consists of the island of Taiwan and several smaller islands.

In 2008, China held the Olympics in Beijing.

The restrained, but hospitable people will welcome tourists, but is always somewhat the cat out of the tree look.

The Forbidden City was built between 1406 and 1420 under Ming Emperor Yongle, and served as the imperial palace for the Ming and Qing dynasties. Ming Emperor Zhudi was the first emperor to live there. It is 3,150 feet long from north to south and...

The Ming Dynasty lasted from 1368 to 1644. The Ming Tombs are a group of mausoleums of 13 Ming emperors, their empresses and their concubines. The tombs are located about 31 miles north of Beijing and are scattered across an area of 25 square miles....

Liuhe Pagoda is located to the south of Hangzhou. This famous octagonal pagoda, first built in 970AD, stands high on Yuelun Mountain by the Qiantang River. The 60 meter (197ft) brick and wood structure is considered a masterpiece of traditional...

The Great Wall is a symbol of the ancient Chinese civilization. Stretching 3,950 miles, The Great Wall was built as a defensive structure. It is listed in the United Nation's Education, Science and Cultural Organization's (UNESCO) World Heritage... 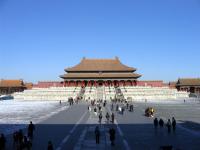 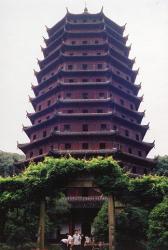