The French Republic is the second largest country that is situated within continental Europe.
It is bordered by Belgium, Luxembourg, Germany, Switzerland, Italy, Monaco, Andorra and Spain. The capital Paris is the largest city in the country.
Including the island Corsica, also part of France situated in the Mediterranean Sea, the population is approximately 61 million. France is the most popular tourist destination in the world; an average of 75 million tourists visit the country each year.

The country is well known for its wines, cheeses and its food. The country is divided into 22 regions; a few well-known wine regions are Alsace, Champagne, and Languedoc.

Welcome to the Marnay campsite ! We are located on the border between Haute Saone and Doubs, 20 minutes from Besançon Holidays in Marnay ? You will find an indoor swimming pool, a snack restaurant, a pétanque court, games for children, and...

In the setting of Orée du Bois de Boulogne, a haven of peace and tranquillity, Camping Les Chênes is a unique location for therapeutic or family holidays. Created by Mr Pierre Albaladejo and his wife, our team will host you in a family...

In all its worth seeing the castle called Auberge. After you have observed the whims and beauty of the medieval alleys and streets in Vitre you can rest here and the food is delicious. We recommend the warm goat cheese. A rustic place between the...

Inland and near the sea, camping "Les Madieres" welcomes you for a peaceful holiday. Heated swimming pool, restaurant and evening entertainment ensures a pleasant, relaxing stay with the family. Only 800 meters from the beach "Vau Madec" for...

Il Carravaggio restaurant is growing. The 3 sisters Moccia will be delighted to welcome you at the beginning of January 2018 in the new restaurant "il Carrarosso" in Saint Cloud. Our young and dynamic Italian team is at your disposal to make your...

The Interpretation Centre Built on the plain of Alésia, this building with symbolic architecture was designed by famous architect Bernard Tschumi. Its circular form evokes the siege of Alésia, the netting that clads the building provides a nod...

Camping Le Folastere offers an authentic village in the Ardèche, where you not only a beautiful nature but may also find yourself ENUW fellow man regains! Lots of space and greenery, large individual terraces, hot showers, shared refrigerators...

In Hendaye, between sea and mountains, close to the beach, with the most \'surfable\' waters, is Camping Orio. The camp offers a warm welcome, in the greenery and grants peace. The camp ground also rents mobile homes and cottages for your...

Ametza Campsite in Hendaye is near Hendaye Beach, on the basque cost. It's got 4 stars and many location of mobil home. 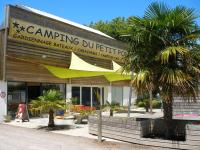 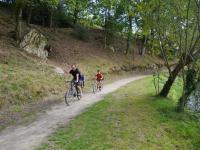 Cycling through the trees 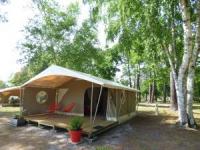 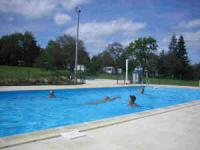 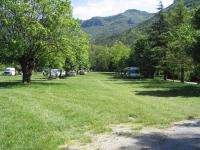