The Netherlands is a Western-European country flanked north and west by the North Sea, at east by Germany and south by Belgium. The country covers 41,526 square kilometers; Germany is nine times its size. The capital is Amsterdam, although the seat of the government is situated in The Hague. Rotterdam is the biggest port in the world and Schiphol Airport is one of the biggest and most modern airports in Europe.
The name the Netherlands refers to the low-lying situation of the country. Over 25% of the country is actually below sea level. In general most people refer to the Netherlands as Holland, however Holland is the name of two main provinces, North and South Holland.

Latest additions to The Netherlands

In restaurant Kasual two worlds are combined: the Eastern and Western culture. Asian dishes combined with European influences. And vice versa. This is not only reflected in the menu, but also in the interior. Kasual can host lunch, coffee or tea,...

The grandeur of Engelenburg Castle is set amidst 250 acres of landscaped gardens, a golf course and a private forest near Arnhem and Apeldoorn. Located in the garden of Amsterdam, close to the National Park Hoge Veluwe, and no more than 75 minutes...

In the Kröller-Müller Museum you will find the second largest Van Gogh collection in the world: almost 90 paintings and more than 180 drawings. The Van Gogh Gallery displays around 40 works by Vincent van Gogh in varying positions. You will also...

Naturalis Biodiversity Center is a museum with a large collection about life on earth. Naturalis is open daily from 10 a.m. to 5 p.m. The museum is closed three days a year; King's Day, the Relief of Leiden (October 3) and Christmas Day (December...

Pool 't Walfort is one of the most beautifully situated swimming pools Netherlands. Just outside Aalten, towards Winterswijk, you will find the unique combination of a cozy indoor pool and a beautiful natural pool. The indoor pool has a lap pool...

The camping fields of Camping Two Bridges are located on spacious meadows surrounded by nature. Choose from our standard pitches with 6A electricity on the spot, fully serviced with TV / water / 10 Amps / drains or the luxury of private...

A beautiful campsite with beach experience that is open all year, just 250 meters from the North Sea beach. Come enjoy your camping holiday or choose to stay in one of the luxurious new chalets. Nice amenities for the whole family. Whatever you...

Categories in The Netherlands

Top 10 cities in The Netherlands

Provinces in The Netherlands

Photos of The Netherlands 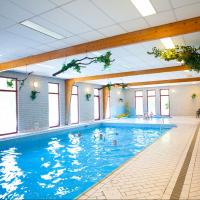 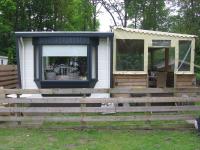 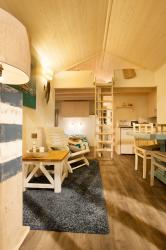 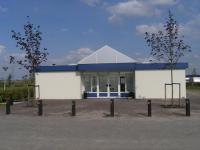